4th of July in Mccarthy

Where should we go for the 4th of July? That’s the question we usually start tossing around sometime in June.  And, while I’ve only experienced the 4th in Bethel, McCarthy & Seldovia, the Independence Day celebrations in McCarthy are so homespun, simple, and festive that we returned for our 3rd 4th of July celebration last year.

We recruited our neighbors, the Jensen’s, to join us for the experience.

Anything (really anything) goes in McCarthy for the 4th. You see your usual red white and blue attire, kids dressed up as pickles or running around naked, and even a few adults a little less than half dressed in the parade.

I had spent Atlee’s nap time on the day before the 4th wandering through the wild yard where we were staying foraging flowers and grasses and perfecting the art of making flower crowns. On the morning of the fourth, I did a mini-tutorial for our group, and we all sported our new creations. Nothing like a flower crown to make you feel festive and special. 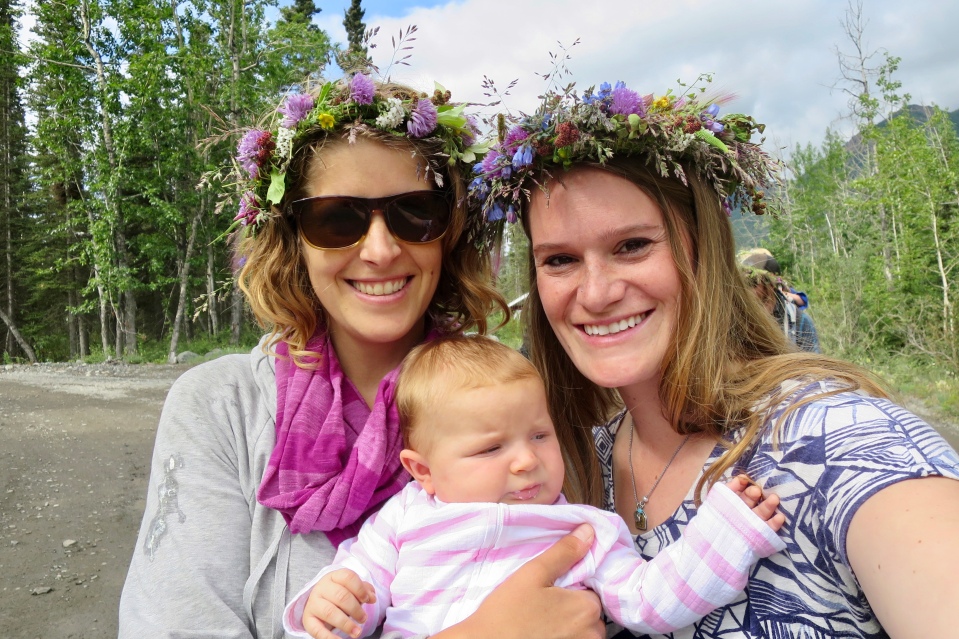 This year we continued our tradition of not waking up in time to make it to the pancake feed, but you should know every year there is a pancake feed with the proceeds going to the local museum, which celebrated their 150th anniversary last year.

The crowd has definitely grown from 4 years ago when I first came. 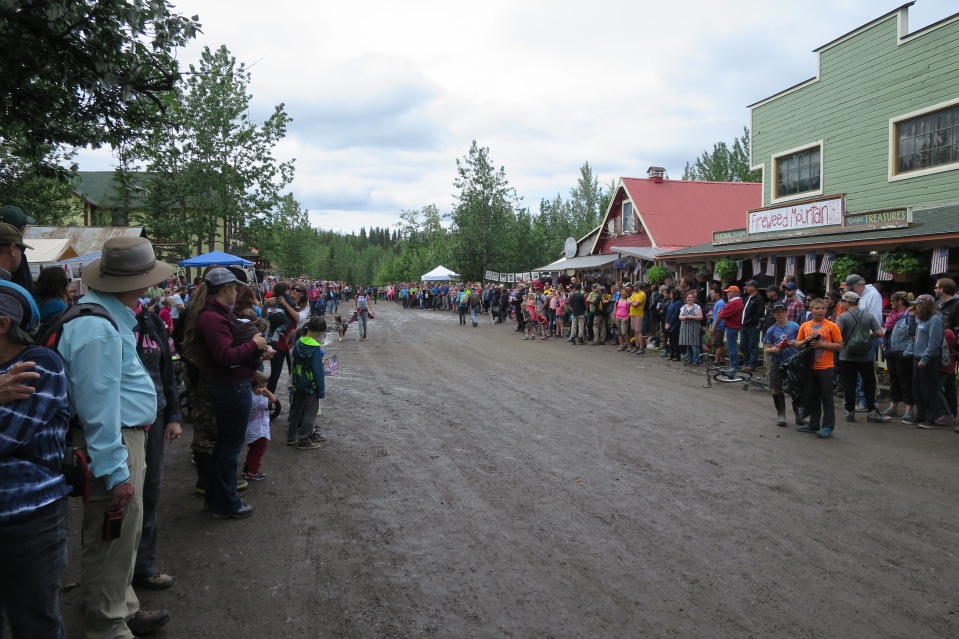 Before the 4th, we saw signs inviting anyone who wanted to be a part of the band to come to band practice on the 3rd. Its all very official 😉 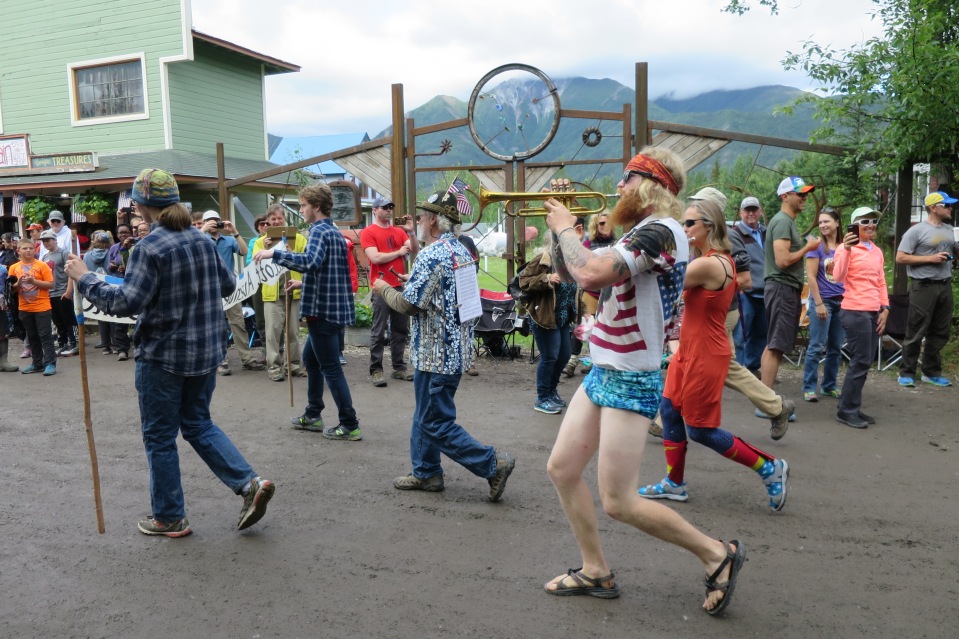 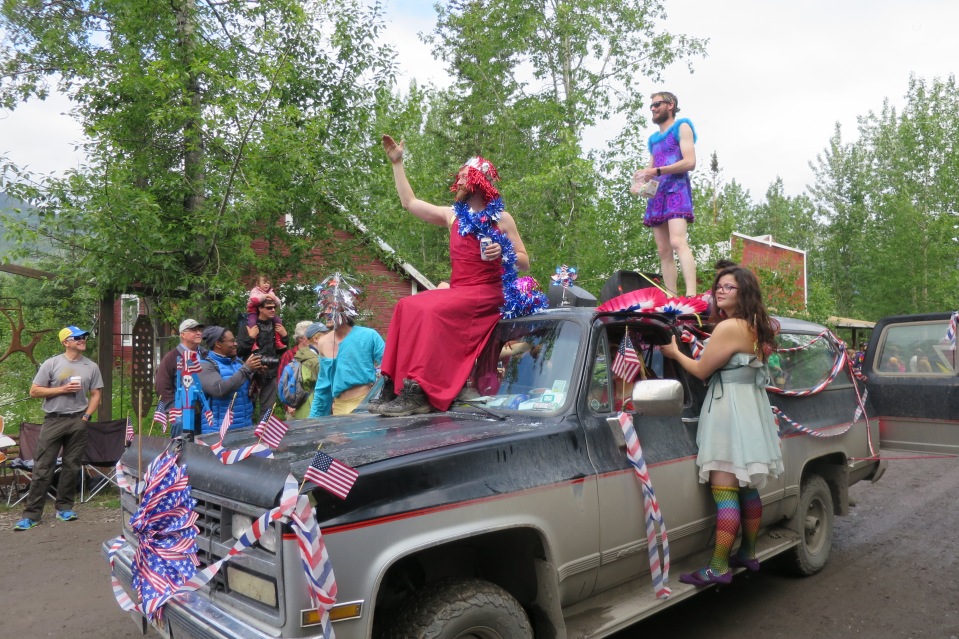 Our friend Martin recently bought two of the main flight operations in McCarthy. He teamed up with the gentlemen whose businesses he had bought to bring the “reTIRED Pilot Island” float (if you can call it that) to this year’s parade. 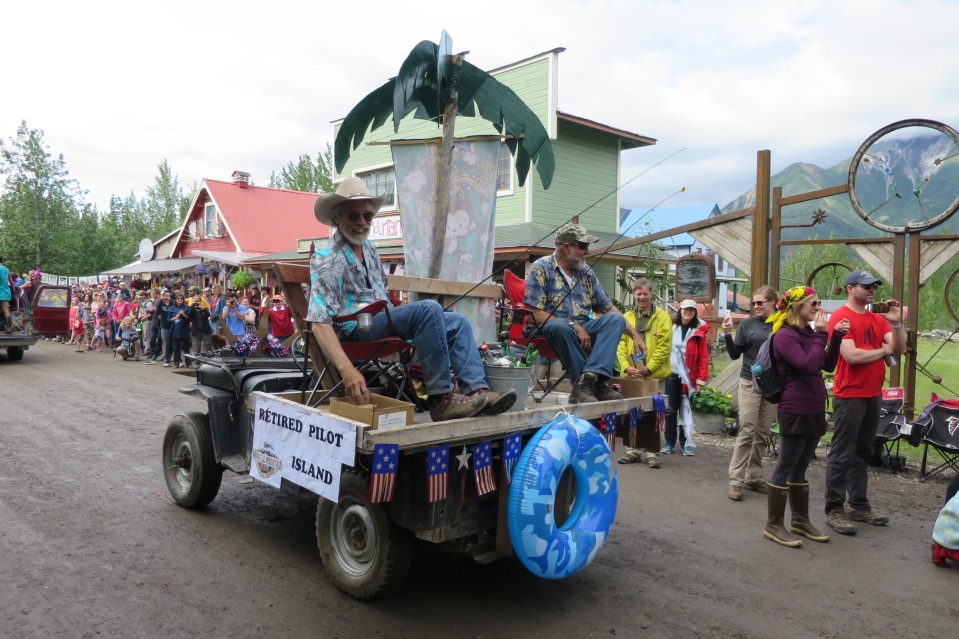 My favorite restaurant in town, The Potato, joined in the fun as well. 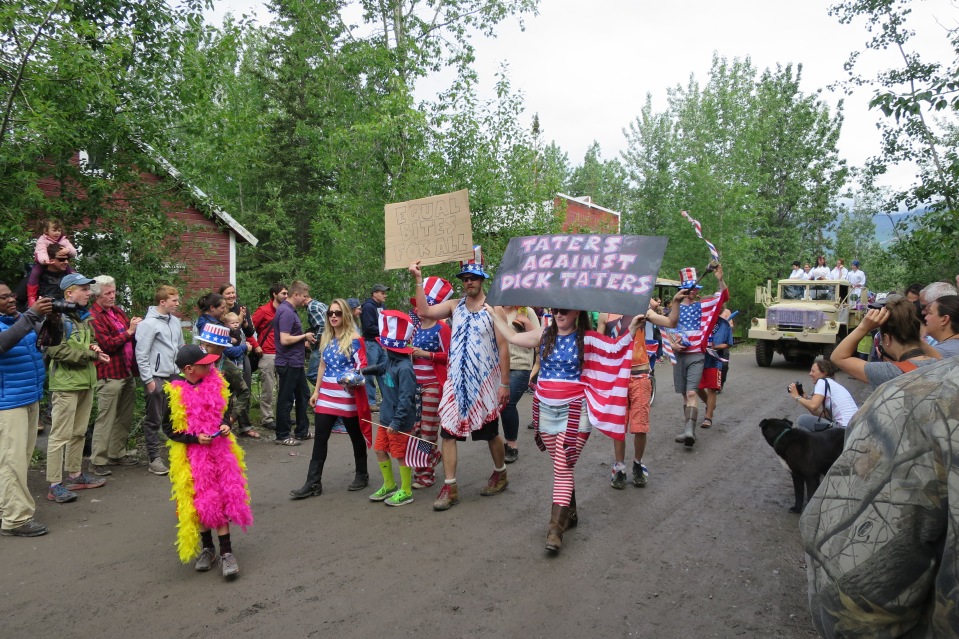 As did the local hotels,

and the guide companies.

The local EMS looks like they could use a little help themselves.

There was even a surprise appearance by Smokey the Bear.

The parade is short, so it goes through town twice. 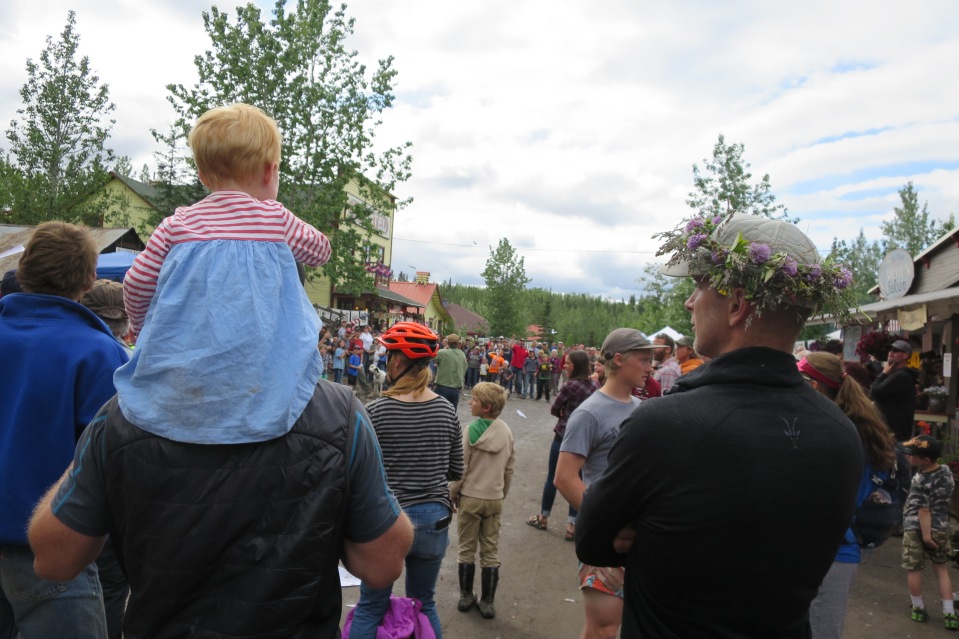 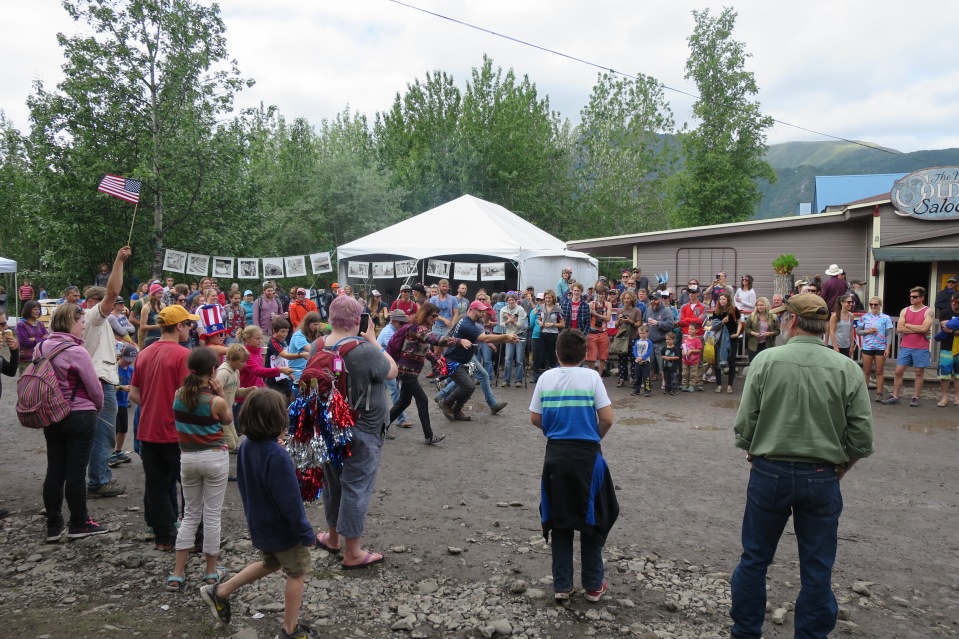 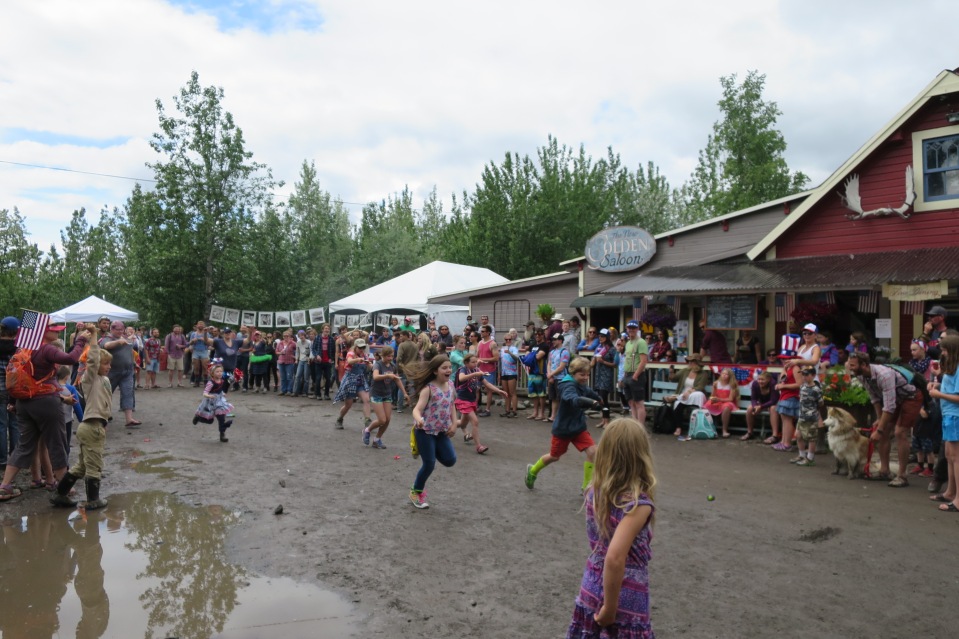 Heidi and Thomas’s son Lucas was the token half-naked child running around in the puddles this year.

There’s usually live music around town during the day and in the bars at night; however, by 4 pm our kids were exhausted, so we headed back to the house.

McCarthy did not disappoint — another fun McCarthy 4th for the books!

← No Longer Spoiled by Super Cub.