The weekend following the Ultima Thule Geo Cache we all head west to Valdez for more airplanes and more competitions. The Valdez fly-In is most known for its Short Take Off and Landing or STOL competitions. To add to the fun there are aerobatic shows, a flour bombing competition and a poker run where you pick up a card at different locations then head back to Valdez and play a hand of poker.

Leaving the lodge was hard this year. We were trading beautiful weather at the lodge for a forecast full of rain and snow in Valdez. We arrived in Valdez to pouring rain and no part of me wanted to get out of the plane. Fortunately, friends that were at the geocache had beat us to Valdez and met us on the tarmac in their car. We headed straight to the Totem for halibut sandwiches around a toasty fire. All was well again 🙂 Thankfully the rain was short lived and while the weather put a damper on the usual robust turnout of airplanes, it didn’t stop the food vendors and crowds of people.

These are our friends from Juneau with their sweet triple stroller and their energetic kids decked out in rain gear. We love Alaska and running into people we know all over the state! Despite the bad weather our friends driving our VW van from Anchorage made it too! Very happy to have a dry place to sleep on the tarmac! It didn’t take much time till we had established a cozy little campsite.

Woodsen by nature is competitive, however, he is not the type to compete with an audience. He usually will have nothing to do with the STOL competition, but this year with only two people signed up in the bush class, a default 3rd place was enough to convince him to compete. He signed up for the competition an hour before it started. Our friends quickly became our pit crew, draining fuel, letting air out of the tire, and pulling out all the extra weight in the fuselage.

Paul Claus giving Woodsen a few pointers for the competition. Woodsen learned to fly in the Wrangells while working at the Ultima Thule Lodge and was fortunate enough to have Paul as a mentor.

Woodsen tied for 2nd place out of the 4 airplanes that ended up competing.  He had a 52 ft take off and a landing distance of 157 ft. Very proud wife 🙂

This year’s show stealer STOL airplane was an experimental plane designed and owned by the Breeden’s and John bush. Check out the impressive video of it landing here!

A friend of ours snapped a few very professional looking pictures of the cub. Thanks Kevan!

With the sun breaking through the clouds, rainbows, good company and a 2nd place to celebrate, this year’s Valdez Fly-In was definitely a good time with lots of memories made. 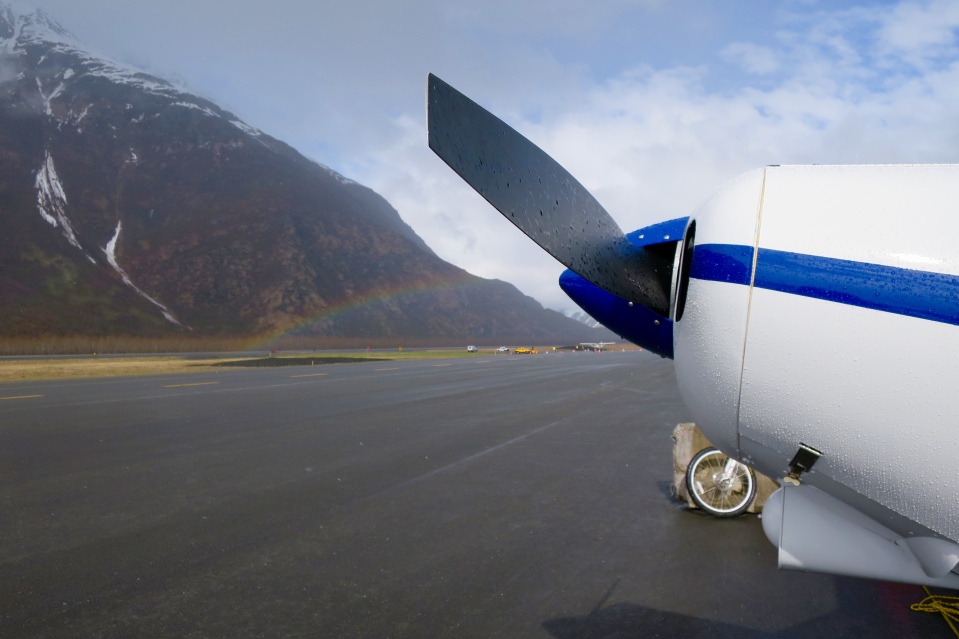 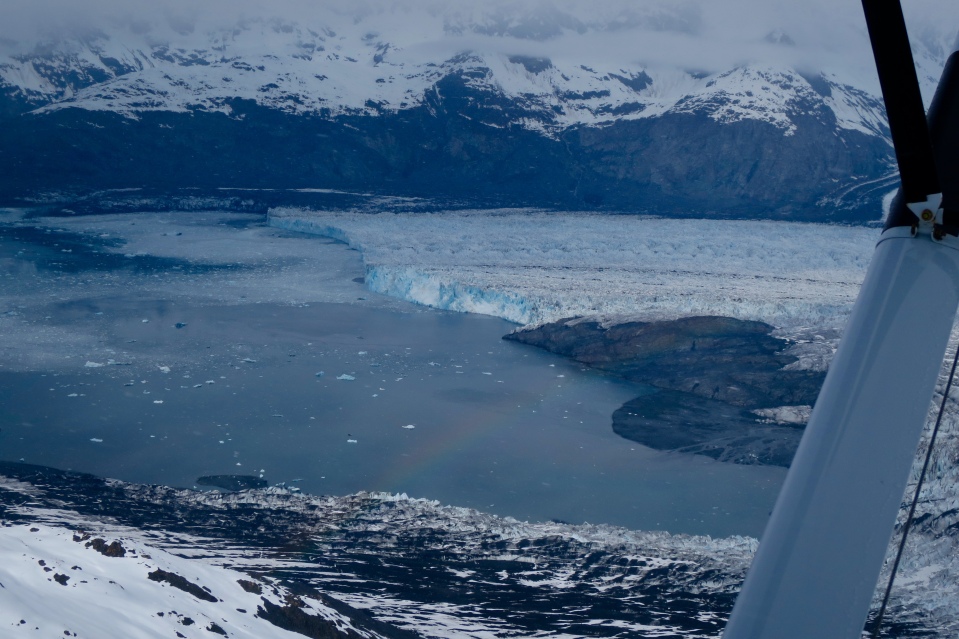